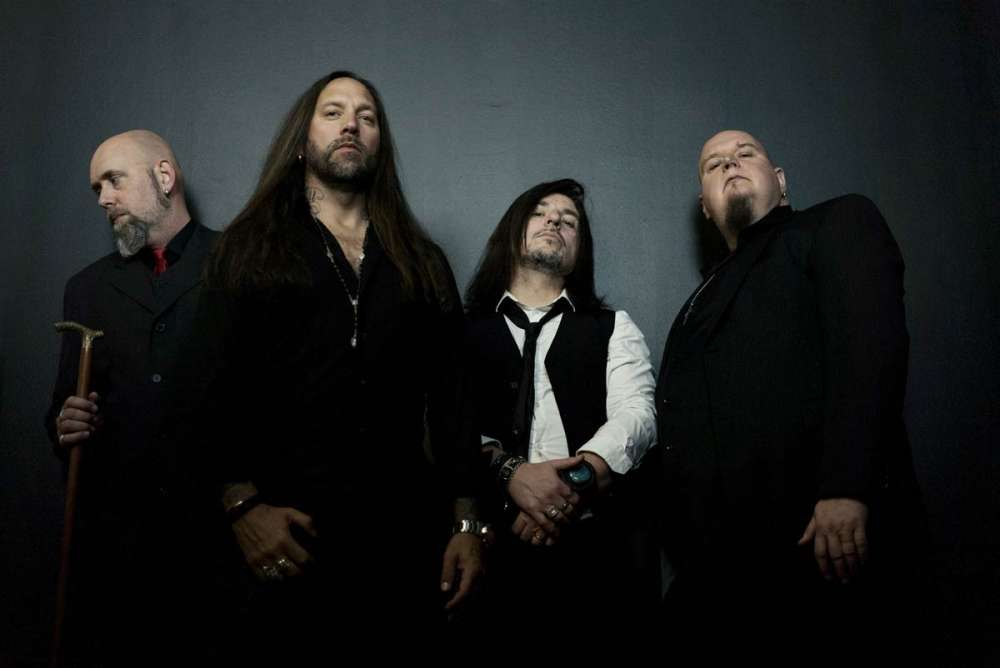 “What if Jack the Ripper had played in a band? A heavy metal band?”

This is the question that formed and influenced WE SELL THE DEAD, this is the question that made the band.
Revolving around Niclas Engelin (In Flames, Engel), Drömriket’s Jonas Slättung, Gas Lipstick (former HIM) and the voice of Apollo Papathanasio (Spiritual Beggars, Firewind), WE SELL THE DEAD go beyond the strains of conventional storytelling and create a multi-media experience of premium quality heavy metal music embedded in visually stimulating and atmospheric visuals.

WE SELL THE DEAD’s debut album Heaven Doesn’t Want You And Hell Is Full is going to be released on February 23rd, 2018 on earMUSIC.

Heavy, yet melodic sounds transport the listener into a Victorian inspired world that is defined by pompous manors and daunting luxury standing in deep contrast to the harshness and cruelty of the gutter. It is a world that reeks of hysteria, but above all a sense of mysticism and dark romanticism. WE SELL THE DEAD’s music rises above this, not merely pointing out this injustice, but expanding the narrative into the extreme, playing with themes of ghosts, death or religion.
But not only…

Despite a reference to Victorian times, We Sell The Dead maintains a very modern and ever-so-current approach that translates to the world we live in today.

“From the late 1800, an era that has inspired our band enormously, comes one of the greatest and darkest crime mysteries of them all: Jack the Ripper.
We don’t know 100% who he was but we know his horrendous deeds. All the visuals we had in our mind, combined with the sometimes slightly morbid lyrics, made us think that this is what music would have sounded like if heavy metal had existed in the 19th century, or if Jack the Ripper had travelled forward in time to join a metal band. We Sell the Dead would have been his natural choice for a backing band. He probably would have felt right at home with us.
But, at the same time, the world hasn’t exactly evolved into a beautiful place since the 1880’s.
In the 1979 movie, ‘Time After Time’, Jack the Ripper escapes justice by, indeed, fleeing in a time machine to 1979. After getting caught by his followers, The Ripper utters this line of wisdom:
– back in 1893, I was a monster. Today...I’m an amateur.”

Heaven Doesn’t Want You And Hell Is Full is going to be released on February 23rd, 2018 on earMUSIC as CD, LP and Digital.